Distributed power generation and other distributed energy resources (DERs) in the modern power grid is undeniable. It seems that electric distribution companies have two options: fight the inevitable rise of DERs or embrace them and benefit from new opportunities. After years of resistance, the time has come to enable the deployment of DERs by restructuring not only grid infrastructure and technology but also rethinking utility revenue models.

With the pace that DERs are being deployed it makes sense for utilities to embrace new technologies and their associated challenges, but there are still battles to be fought. It is unlikely that utilities will ever be comfortable with net metering policies that reimburse distributed generators at their billing rate.

Many states are changing their net metering policies to either add fixed fees to net metering customers or to reduce reimbursement to the wholesale distributed power generation rate, but that fight is far from won. It is obviously unsustainable and unacceptable for utilities to lose massive revenue streams to distributed generation and energy efficiency while also being responsible for maintaining an increasingly expensive system to support these DERs, but fighting net-metering and government subsidies doesn’t have to be the solution.

Although revenue is lost to power generators, there is also untapped potential from DERs that is not being exploited because of the way that utilities earn on capital investment. While utilities dismiss net metering as unfairly shifting costs, a similar argument of unfairness could be made for guaranteed return on capital investments.  Currently, utilities are incentivized to build distributed power generation infrastructure because they earn on those projects, but they are not incentivized to solve problems efficiently. Using grid-scale storage to offset an 18-million-dollar transmission investment is a nightmare for utility revenue despite being a simpler and cheaper solution. Perhaps it is time that utilities earn on the services they provide rather than the infrastructure they build.

Electricity as a Service

Electric power is bought and sold as a product. Customers pay for how much power they use. This model works very well until customers start making their own product. While utilities understand that they are providing the infrastructure that enables the customer to utilize their power, customers and legislatures rarely understand or care to see the difference. Since many of us already see grid infrastructure as a service that enables the consumption of power, it is only natural to formalize that notion and create new business models that align with selling a service.

Can control be localized based on utility specifications or should it be centralized? Will locational marginal pricing be calculated on a decentralized system and how will that impact the economics of DERs?  These are difficult questions, but utilities should play a critical role in answering them.

The skillsets of utility engineers and analysts need to adapt in order to keep up with these changes. How can we expect a utility to transform into a DSP without a workforce that can help build and maintain the platform?

Regardless of how much the utility workforce may evolve, there will still be an increased dependence on these third-party tech companies to enable many of the advancements that will allow DER integration. We will still need a traditional workforce to design substations, size equipment, manage projects, and maintain GIS records. Partnerships with startups and tech companies can help close the gap between the keeping-the-lights-on workforce and the grid-of-the-future skill sets.

Take a company like Enbala Power Networks, which enables utilities to “aggregate, control, optimize, and dispatch distributed power generation energy in real time”. Partnering with companies like Enbala to perform demand response, peak load management, and a multitude of other services can allow utilities to maintain a focus on their traditional skills while still enabling a completely modernized grid.

Disruptive technologies such as DERs are often seen as the downfall of the industries that they disrupt. But unlike many other industries, the role of the utility in the power grid is so critical to society that it is unlikely utilities will ever go extinct. However, it is up to utilities themselves to decide how to respond to the changing grid.  Is it possible to resist new technologies and revenue models and instead continue to focus on capital investments and regulated business?

Would it be better help enable these new technologies and reap the benefits provided by a paradigm shift in the industry?  Certainly, utilities will mitigate risk by combining these two strategies. Duke Energy, for example, continues focusing on its regulated business while ramping up investments in renewables and new tech. It is transitions like these that will allow utilities not just to survive, but to thrive in the modern distributed power generation industry. 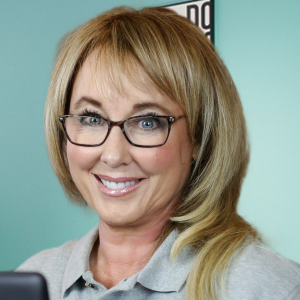 For 20 years I’ve delivered C-Level and functional leaders to clients in industrial automation, Robotics, Supply Chain, CX, and DX, resulting in 90% retention and $3b in revenues. Executive Hiring Managers with Rockwell, Motion Control Systems, and DMC trust me to unearth hard-to-find “A Level” candidates. These hires generate 8-10 times more than the others. They exceed expectations and stay employed. I’m a Certified Diversity Recruiter who uses behavioral interviews, psychometrics, and predictive analytics to measure success. You’ve tried others, now try the BEST!
All Posts »
PrevPreviousNetwork Function Virtualization What NFV will do for Operators?
NextIoT Medical Devices Transforming HealthcareNext

Mental escape can work a consistent wonder for you, even if only done for short periods