Hydrogen Fuel Cell Electric Vehicles (FCEVs) might help Autonomous vehicles go mainstream. Autonomous vehicles are generally defined as vehicles capable of sensing their surrounding environment and navigating without human input. It is a rapidly growing field, with a number of companies currently developing operational products or technologies that are in the testing phase such as Google’s self-driving cars and Tesla Motors’ Autopilot system.

However, at this time, there aren’t any true fully autonomous vehicles for personal use, and many technological and regulatory hurdles remain before they can be widely available on public roads.

Currently, the bulk of research in this area is focused on achieving full autonomy through a variety of technologies including image processing, sensor fusion, artificial intelligence (AI), etc. Because of this focus on hardware technology development and system integration, there has been little attention given to the role that alternative powertrains could play in this system.

One alternative powertrain that is ideally suited to support fully autonomous vehicles is a hydrogen fuel cell electric vehicles (FCEVs). Because of this, FCEVs are an ideal “bridge” between autonomous vehicle technology and future clean mobility.

Hydrogen as a Transportation Energy Carrier

Hydrogen is the most abundant element in the universe and it can be produced from renewable sources such as solar, wind, or hydro energy. When hydrogen is burned with oxygen to produce electricity, it creates only water as an exhaust. This makes hydrogen ideal for all kinds of applications that require clean transportation because generating hydrogen on-site and using it in a fuel cell vehicle is totally emission-free.

In addition, FCEVs can be made smaller than conventional electric cars because of the higher power density of hydrogen as an energy carrier (fuel cell stack efficiency increases with pressure). The reduced size of the propulsion system would not only make FCEVs cheaper to produce but also allow for a smaller battery pack and potentially even have room for more sensors, cameras, radars, and processors.

This would make FCEVs particularly well suited to support fully autonomous vehicles by providing the power necessary to operate all of the systems on board in an efficient manner that ensures long-range between fueling. The only exception is large mass transit/commercial transport applications as hydrogen fuel stations remain very scarce.

In a traditional battery electric vehicle (BEV), the motor and generator are directly coupled to the power, which means the generator must work as efficiently as possible to provide enough power for acceleration and climbing hills. This limits how much energy regeneration can be recaptured during deceleration or braking since regenerative braking is limited by the power that can be generated at that speed.

BEVs have to carry enough battery capacity for the long driving range, which means larger and more expensive batteries. In order to compensate for this additional weight, BEVs need bigger (and often heavier) motors with higher peak power ratings to handle the additional torque requirements as a result of the increased battery weight. FCEVs, on the other hand, can carry hydrogen tanks with a larger capacity than battery packs because they weigh less.

FCEVs also have a higher acceleration capability than BEVs because of this additional power from the fuel cell stack as well as the ability to carry larger and heavier fuel tanks. This would be particularly beneficial in fully autonomous vehicles where there may be a lot of stop-and-go traffic.

There are currently three different levels of autonomous vehicles. Each level requires more sophisticated and complex technologies than the previous to be successful.

● Level 1 is considered “hands-on” driving where you have to keep your hands on the wheel at all times.

● Level 2 is considered “hands-off” where you can read or send text messages, but you must always keep your eyes on the road and you have to be ready at all times to take control of the vehicle.

● Level 3 is considered “mind off” where you can take a nap, read a book or watch a movie but you must still be prepared to take over if necessary.

Hydrogen Cars Can Be Easier to Manufacture than Electric Cars

FCEVs are simpler vehicles when it comes to the number of parts that are required to assemble them– what’s known as their “fit for purpose”. Because hydrogen is a gas at room temperature, you don’t have to package it in batteries or fuel tanks and control their cooling. This means that FCEVs can be made smaller, which also makes them cheaper and simpler to manufacture.

Ironically, this simplicity is one of the reasons why there are so few hydrogen cars on the road today as compared to electric vehicles which require battery manufacturing facilities and control systems to maintain and charge them.

FCEVs are particularly well suited for supporting fully autonomous driving even though they don’t have widespread availability of a hydrogen fueling infrastructure. Despite being better suited for autonomous vehicles, FCEVs can still provide substantial benefits in terms of cost with fewer parts throughout the vehicle from powertrain to fuel tanks.

In the future, hydrogen will likely be a necessary component in the energy infrastructure to support autonomous vehicles as well as battery-electric and traditional gasoline/diesel vehicles. To learn more please reach out and speak to Martin 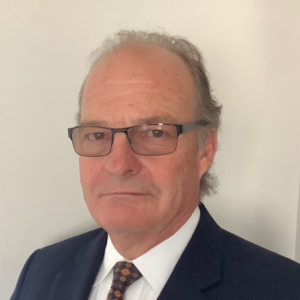